When an element is performed (M/S/HS/AHS), the judge must decide whether or not to award credit for that skill in the Difficulty category. If the technical criteria for that skill have been met, credit is awarded. If poor technique causes a fall after the landing of a skill, the skill is still considered complete for the purpose of awarding Difficulty. The fall is considered an error on that skill the same as any other Execution or amplitude error. A salto that does not land on the feet, a release element on bars in which the hands do not contact the bar, or an acro element that does not bear weight on the beam would not be considered complete and would receive no credit in the Difficulty category. These would then be considered void elements. Because it is void, it may not count as part of a series, pass, Event Requirement or Bonus.

When awarding credit in Bonus for an AHS, there must be no fall or spot. If there is a fall following the AHS, due to poor performance of that AHS, and weight is borne prior to the fall, the AHS is considered complete and credit may be awarded in Difficulty but is not awarded 0.2 in Bonus.

Examples: Standing back tuck on beam, front salto full on floor or double back salto flyaway on bars. If any of the above lands on the feet and then falls, each receives credit for Difficulty but no credit in Bonus for the AHS. Note that there is a difference in that awarding Difficulty credit requires only that the element be complete. Awarding AHS credit in Bonus requires the element be complete without a spot and without causing a fall.

The intent of the composition category is to evaluate the structure of the routine. By reducing the number of deductions and combining similar deductions, the revised composition category will provide a more efficient method of evaluation. On the uneven bars, the choice of elements category in composition was redefined and is now worth up to 0.30. Guidelines for composition deductions will assist judges to identify deficiencies in composition and link them to the appropriate deduction. Balance beam and floor exercise composition requirements were adjusted to eliminate the redundant categories for ease of use and for better application of the rule.

- round-off, back handspring, back tuck (M+M+S)

All acro passes in the routine will count to fulfill the event requirement of three acro passes.

Examples of passes that meet the requirement:

1) round-off, double back (includes a AHS)

Examples of passes that do not meet the requirement:

Evaluating the superior acro in the 3rd pass or as the last acro element:

1)      If the third pass qualifies as a pass and includes a superior acro, no deduction is taken

2)      If there is no superior in the third pass or if the third series does not qualify as a pass (according to the definition) proceed with the following:

a)       Determine the very last acro element in the routine. If it is a superior, no deduction is taken. The element could be an isolated superior or the last element of the third series that did not qualify as a pass.

This is not a pass but the superior back tuck qualifies if it is the last acro element in the routine.

b)      If the gymnast does not fulfill the requirement with either option, a 0.2 deduction is taken in Event Requirements.

4. Seventh Way to Break a Series: 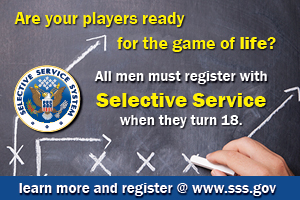