One Texas high school football team recently learned that those bonds formed on the field grow even stronger when adversity strikes.

On Memorial Day weekend of 2015, the Wimberley (Texas) High School football players truly became a team. No wind sprints, tackling drills or push-ups were involved – the task these individuals faced was much larger.

Located between Austin and San Antonio along the Blanco River, Wimberley has about 3,000 residents, but attracts many tourists. From vacation rental properties to its downtown antique area, Memorial Day weekend made Wimberley a hot spot for visitors.

Rain was in the forecast on that Saturday in May last year, and heavy rain is nothing unusual for that area of the state. The community has received flooding from torrential rains in the past, but this storm was much different.

“What happened was 30 miles or so north of us, there was a tremendous amount of rain that fell on the Blanco River, which is what runs through Wimberley,” said Doug Warren, athletic director and head football coach at Wimberley High School. “Everybody was thrown off because we didn’t get the rain in Wimberley that you would think for the amount of flooding we received.”

Throughout the evening, reports trickled in that the river was rising at an alarming rate. Warren said most locals “have their spots” marking the highest point reached by previous floods. As those “spots” were surpassed, people began to realize the dangers of this occasion.

Wes and Lacey Lambert, who are members of the Wimberley athletics department, live near the river but weren’t home when the rain rolled in. Once at their residence, the Lamberts were “in shock” at what they saw.

“I have never faced a more pressure-filled moment in my life. We could hear trees snapping that sounded similar to a shotgun,” said Wes Lambert, a Wimberley assistant football coach and track and field coach. “We rushed inside and grabbed our belongings that were easy to carry off as we ran out the door. An hour later we returned, but we were only able to get within 100 yards of our driveway. My heart dropped at the sight of water rushing through the windows on the front of our house.” 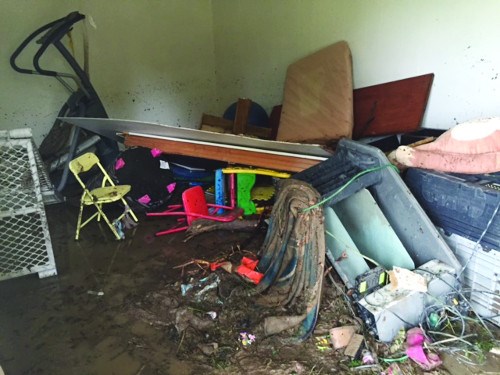 First thing Sunday, Wimberley coaches came to the site of the house once occupied by the Lamberts.

“It was just devastating to see how high the water was; the force of it,” Warren said. “It was a jaw-dropping, surreal moment to see what’s happened to your community and the people that you love. That got it started for us.”

By Monday morning, coaches and players were joined by classmates to make their way into the affected areas with hopes that they could assist and salvage anything possible. Lambert said once the coaching staff jumped at the chance to pitch in, the students were soon to follow. Those actions continued throughout the week and only lessened on Friday when graduation took place for Wimberley seniors.

“By the time we got to the school (at 8 a.m.), our kids were already out there,” Warren said. “I can’t tell you how many but it was a ton of them. It wasn’t just football players. It was athletes, non-athletes and just kids from our high school.” 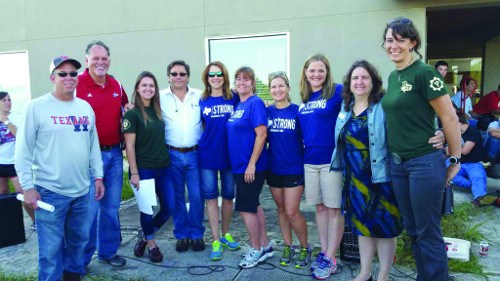 Warren said one of the most positive experiences in the aftermath of the flood that killed 12 people took place on the day that the team began assisting with the cleanup. While going house to house, students came across a woman who wanted help searching for something much more valuable to her than a home.

“There was a lady by herself and her husband had gone to the hardware store. We just told her, ‘Hey, ma’am, you just boss us around and we’ll do whatever,’” Warren said. “The one thing she didn’t want us to do was take any mud out of the house. She said, ‘I’ve lost my wedding ring and it’s in this house somewhere.’”

An estimated “eight inches of soupy mud” consumed the house, Warren said. While he and players cut tree limbs and hauled trash, members of the school’s student training staff sifted through mud with a window screen in hopes of relocating the woman’s beloved wedding ring.

“After about two hours, one little girl screamed that they found this lady’s wedding ring,” Warren said. “It was what she cared about. She didn’t care about anything that was wrong with the house. She wanted that ring.”

Months later, the football season kicked off for the Conference 4A school of about 685 students. Having had their focus on restoring the town, the Texans didn’t play up to expectations in the early going. A two-time state champion (2005, 2011), Wimberley lost its first six games. Such a start would deflate most teams; however, given the obstacles they had overcome, the Texans failed to let their community down.

On October 9, Wimberley High School – the “backbone” of the community – rose up and defeated Llano High School to earn its first victory in district action. Wimberley righted the ship from that point, improving to 5-8 with an appearance in the University Interscholastic League (UIL) Conference 4A, Division 2 regional. Three games shy of the state championship, the Texans were defeated by Sinton High School.

Warren’s Texans had accomplished much more that season than could be defined by their record. During the season, Saturday mornings were a time when Lambert shared his thoughts with the team. In the midst of their struggles, Lambert challenged the players, knowing they had seen him and their peers face harsher circumstances.

“One of those rough Saturday mornings, I shared with them what was on my mind. I pointed out that going through a disaster, losing almost every monetary possession my family had, did not define me as a man,” Lambert said. “The question was left to them, what would define them as a team? When I first got to Wimberley, I took a saying to heart: ‘The Texans were the toughest thing on two feet and that is where I start to define our guys.’” 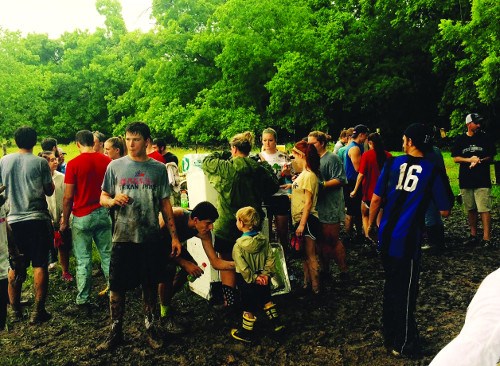 “As a coach, we teach our kids that to fight through adversity, you’re going to be put in these tough situations. Those are the things that are going to define you as a man,” Warren said. “Life is tough, it’s not easy. You’re hoping when someone leaves your program that you’ve instilled those values in these young men that they can use their whole life. I don’t hope or I don’t wish, I know what these kids have learned because I’ve witnessed it firsthand.”

At the end of February, the team’s actions were recognized when the school was informed by the Texas High School Football

Hall of Fame that it will be the recipient of the Gordon Wood Award on May 7. According to the award’s description, Wimberley “displayed good sportsmanship, the ability to overcome challenges, had the support of its community and achieved success on the field.”

Gordon Wood was one of the state’s high school football coaching legends from Brownwood and is a member of the NFHS National High School Hall of Fame.

About a month before the team received that news, the Lamberts returned to their home on the Blanco River after it had been “gutted and remodeled.” A short time later, on March 12, the family welcomed their newborn twins, Crockett and Jordan. After being there for his family during their hardest times, Lambert said he knows he’s in the presence of those he can count on.

“In the moment of the disaster, there they were showing passion and caring for their neighbors,” Lambert said. “From crawling in mud on their hands and knees to finding wedding rings and other family heirlooms, our student body owned their role as the future of our community.” 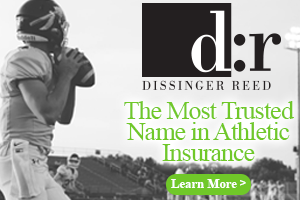