Speech and Debate: Opportunity Should be Provided for All Students

Debate is an essential opportunity that should be provided to all students. Studies and professional opinions touting the benefits of participation in speech and debate, also known as forensics, are easily found. Students develop skills in research, critical thinking, organization, persuasion and communication.

Speech and debate students see tangible benefits from participation while in school – confidence in speaking situations, spontaneity in interviews, improved writing in other courses, diverse perspectives. These skills also benefit the student after high school.

The above argument is formatted using a model developed by Stephen Toulmin, British author and philosopher. Speech and debate students learn this format for argumentation and employ it in competition. The model includes four traditional components: claim, data, warrant and backing, with a disputed claim or more complex argument also including a counterargument and rebuttal.

Students learn that the claim is the premise being argued. Data is evidence used to support the claim. Warrants tie the data to the claim, while backing provides additional logic and reasoning. In the same way, speech and debate students utilize the components of the Toulmin model to convince a judge to vote for them in a round, the following employs those same components to convince you to incorporate speech and debate programs in your schools.

CLAIM: Debate is an essential opportunity that should be provided to all students.

DATA: There are many studies and professional opinions to be found touting the benefits of participation in speech and debate, also known as forensics.

A quick Google search leads to varying sources to support this claim. The Christian Science Monitor in 1985 details personal and academic growth of students who participate in speech and debate.

A January 1999 Communication Education article cites the results of a meta-analysis which included the improvement of critical thinking “as a result of training in communication skills.” The article reports that “forensic participation demonstrated the largest positive impact on critical thinking improvement” concluding that “activities of engaging in both argument and counterargument, whether required in public speaking, discussion, argumentation and/or forensics competition better prepare students to become full participants in society.”

More recently, Forbes magazine writer Robert Sher suggests that businesses should look to those who competed in speech and debate in high school as their future leaders.

Fortune magazine lists communication, networking, perspective and time management as necessary skills that are not often taught in high school.

The Guardian, Education Week, The Wall Street Journal and other news sources have reported similarly in recent years.

Even former Secretary of Education Arne Duncan described debate as “uniquely suited” for building the Four C’s of 21st century skills—critical thinking, communication, collaboration and creativity. He goes on to add a fifth “C” that debate promotes—civic awareness and engagement.

WARRANT: Speech and debate provides students an opportunity to develop skills in research, critical thinking, organization, persuasion and communication. Students must set aside personal bias and previous knowledge to objectively debate both sides of an issue. Students must understand the complexities of the world in order to develop solutions that are workable and solve the inherent problems. Students learn to accept constructive criticism from judges in each round and use it to improve their future performance.

BACKING: Speech and debate students see tangible benefits from participation while in school – confidence in speaking situations, spontaneity in interviews, improved writing and diverse perspectives. The ability to accept criticism and adapt helps students to accept failure and mistakes in other courses and make needed adjustments.

Additionally, speech and debate activities have universal benefits – no matter the student’s future career choice – because they develop soft skills, or personal attributes needed to effectively interact with others – listening critically, functioning well under pressure, finding solutions to problems, telling a good story and managing time well. Employers consistently rate soft skills as more necessary for employees than technical skills. A recent study by the University of Michigan found that training in soft skills boosts productivity, enhances employee retention and provides for a return on investment.

But the argument does not end there. In competition, students are often required to suggest possible action or solutions, also known as a plan.

PLAN: To implement and support a speech and debate program, schools should provide devoted class time for speech and debate. Even one offered class period provides students a focused practice time each day to collaborate with teachers and students and to learn and prepare for competitive events. Since students are often involved in other activities, like sports and music, or have after-school jobs, dedicated time is a critical component to their development as debaters, speakers and performers.

Most state educational standards, as well as Common Core, require that all students graduate from high school with the skills and knowledge necessary to succeed in college, career and life. Many of those skills are honed in speech and debate participation.

Resources are readily available for coaches and students. The National Speech and Debate Association website contains resources like lesson plans, examples of events and videos, as well as a mentor program. State speech and debate organizations provide coaches a way to network with others, gain content-specific professional development and find lesson plans. Urban debate leagues across the country work to advocate and raise funds for speech and debate programs.

A debate or speech course can be implemented as a required foundation course, instead of an elective, for all students to take before graduation. Most students will take a communication course in college, so a high school course will improve college readiness. Speech and debate can also be offered as an academic track or endorsement added to a student’s transcript. Academic tracks allow students to take a linear progression of courses throughout high school that leads to an expertise in the subject. Speech and debate offers a great way to provide services to gifted and talented students because of the diversity of the activity.

Every student can learn to debate and perform. By participating in forensics activities, students will gain skills that help them immediately and in the future. Schools should use speech and debate programs as an opportunity to provide students with the skills they need to succeed in the 21st century.

Mellessa Denny of Amarillo (Texas) High School has coached high school speech and debate for 19 years, with students participating on the local, state and national levels. She is the past president of the Texas Speech Communication Association. 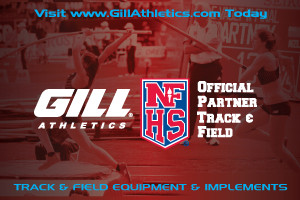