Celebrations are special times. Many of us celebrate birthdays and weddings on an annual basis, and there are special holidays that we celebrate each year. However, when it comes to Centennial celebrations, those are usually once-in-a-lifetime events. Such is the case for the National Federation of State High School Associations (NFHS), which is celebrating its 100th year of service this year, culminating June 28-July 2 in Indianapolis at the 100th Annual Meeting of the organization.

The fact that the NFHS and its 51-member state high school associations have been providing education-based sports and other activity programs in this country for 100 years is certainly reason to celebrate.

Few countries in the world offer sports and performing arts programs within the school setting, yet those programs at the 19,500-plus high schools in the United States continue to flourish with almost eight million participants in high school sports and more than 12 million participants overall when you include those students involved in speech, debate, theatre, music and other non-athletic activity programs.

The governance of high school sports began to occur on a state-by-state basis in the late 1890s, with the formation of the Wisconsin Interscholastic Athletic Association in 1896 and the Illinois High School Association in 1900. Associations in other states began to emerge in an attempt to establish eligibility standards and halt the process of colleges and universities controlling meets and tournaments involving high school athletics.

While the governance process of high school sports in the United States had been established in the early years of the 20th century, an ever-increasing number of college-sponsored competitions occurred – most of which were not affiliated with state high school associations and did not apply eligibility standards.

The most significant of the college-sponsored competitions at that time was the National Interscholastic Basketball Tournament conducted by the famous football coach at the University of Chicago, Amos Alonzo Stagg.

With that backdrop, delegates from state high school associations in five states met in Chicago on May 14, 1920, which became the organizational meeting of the NFHS. Representatives from four states – Illinois, Wisconsin, Michigan and Iowa – returned the following year to adopt the Constitution and became charter members of the NFHS.

By 1930, with almost 30 state associations on board as members of the NFHS and in agreement that high school sports should be conducted on a state-bystate basis, Stagg’s national tournament came to an end, thanks in large part to the leadership of Charles W. Whitten, the part-time executive director of the NFHS from 1927 to 1940.

The organization’s stance on national championships was officially adopted at the National Council meeting on February 26, 1934, voting that the Executive Committee should “refuse to sanction any meet or tournament which is in the nature of a contest to determine a national high school championship.”

As a part of serving as the national leadership organization for its 51-member state associations, the NFHS has been writing playing rules for high school sports since the early 1930s. Today, the NFHS writes and publishes playing rules in 17 high school sports for boys and girls, and it has led the way among all national sports organizations in minimizing risk of injury through its rules-writing process.

While establishment of the governance process and the writing of playing rules loom large in the NFHS’ history, there have been many more success stories, from the NFHS film program that lasted almost 60 years, to the National Athletic Directors Conference which will celebrate its 50th meeting later this year, and to more recent successful ventures like the NFHS Learning Center and the NFHS Network.

To capture all of those successful programs and accomplishments since that organizational meeting in 1920, a 208-page, 11-by-8½ hardback commemorative book entitled “From Chicago to Indy – the First 100 Years” is being produced and will be available by late June. The book will details the NFHS’ leaders through the years, and it contains information about national meetings, programs and services, governance and revenue, Title IX and the growth of girls sports, publications, and a history of the member state associations.

The commemorative book is one of several projects that have been in the works since the fall of 2015 when an internal staff committee was appointed to direct the organization’s Centennial efforts.

The year-long celebration began July 2, 2018, at the conclusion of the 99th Annual Meeting in Chicago, which, coincidentally, was the home of the NFHS for its first 51 years. A two-minute highlight video was shown to attendees from NFHS-member state associations, and they received a commemorative cup, magnet and lapel pin with the specially designed 100-year logo, which has been used throughout the 2018-19 school year.

A landing page was created on the NFHS website to celebrate the Centennial. In addition to information on the history of the NFHS and a schedule of activities, monthly videos have been posted to the site with topics such as the history, pioneers of high school athletics, Title IX women, NFHS icons, National High School Hall of Fame and Top 20 Success Stories.

In addition, special covers that included the 100-year logo in gold were printed for all 2018-19 rules publications.

Although the celebration has occurred throughout the 2018-19 school year, much of the Centennial Celebration Committee’s focus has been on the upcoming 100th Annual Meeting, which kicks off in Indianapolis on June 28 and concludes with the closing-night celebration July 2 at the Indiana Convention Center.

A special Welcome Dinner and Open House kicks off the fiveday Summer Meeting on June 28. Attendees will be treated to a tour of the NFHS building during the Welcome Dinner in the White River State Park adjacent to the NFHS building. In addition to the normal Summer Meeting events, all of which will be held at the J.W. Marriott in downtown Indianapolis, the featured event of the 100th Annual Meeting is the Centennial Celebration at 6 p.m. on July 2 in the Sagamore Ballroom at the Indiana Convention Center.

The special three-hour event will relive the organization’s time in Chicago (1920-71) and suburban Elgin, Illinois (1971-79), as well as Kansas City (1979-2000) and Indianapolis (2000 to present). Past NFHS executive directors will be honored during the event, as well as other staff and state association leaders who played significant roles in shaping the organization’s first 100 years.

Roger Harvey, a former television news anchor in Indianapolis and currently director of strategic communications with Bose Public Affairs Group, and Rashan Ali, an actress and radio and television host from Atlanta, Georgia, will serve as presiders for the event.

In addition to regular Summer Meeting attendees, invitations to the closing-night Centennial Celebration were sent to former NFHS staff and Board of Directors members, former state association administrative staff members, as well as other related and affiliated groups and Indianapolis community leaders.

The July 2 extravaganza will feature food associated with the three major homes of the NFHS – Chicago, Kansas City and Indianapolis – and attendees will be able to visit historical displays, purchase specially designed Centennial apparel, play numerous interactive games and rekindle friendships developed over the years.

For more information on the Centennial, visit the special landing page at www.NFHS.org/100years.

Bruce Howard is director of publications and communications at the NFHS and editor of High School Today. 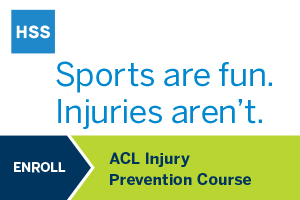