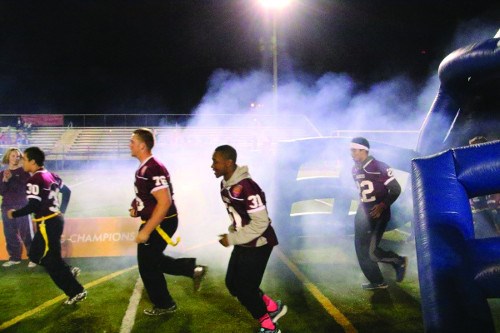 This past October, Special Olympics Delaware (SODE) and the Delaware Interscholastic Athletic Association (DIAA) came together for a truly unique and pioneering event. As Unified teams from four area high schools faced off under the Saturday night lights, Delaware became one of the first states to have a Unified flag football event sanctioned by its state association. Students with intellectual disabilities were joined by varsity football players from their schools to form the teams.

Numerous state associations, including the DIAA, have previously sanctioned Unified track and field events in efforts to better incorporate students with special needs and disabilities into the school community. Such events have given those students the opportunity to experience the benefits of participating in high school sports. However, this flag football event brought more attention to the movement than ever before, said DIAA Executive Director Kevin Charles.

“Very rarely does a positive sports story hit the front page of a newspaper,” Charles said. “Because there is so much interest in football already, people connected to this event very readily. Everyone from the schools, the media and the fans were more excited about Unified flag football than any previous event.”

With one of the main goals of Unified sports being the inclusion of students with disabilities, the schools made sure their new athletes felt right at home. At Middletown High School, the Unified players joined the varsity team at the weekly pregame dinner, and partook in the tradition of wearing their jerseys to school on Friday. At William Penn High School in New Castle, the Unified athletes received their jerseys in front of the whole student body at the homecoming pep rally, and got to take the field for the coin toss of the varsity game.

Working closely with SODE, the DIAA and the participating schools were able to put on a night with as much pomp and circumstance as any traditional high school football game. At Cavalier Stadium in Middletown, the four teams got the full game experience from start to finish. Before kickoff, each team ran through a giant, inflatable helmet filled with fog before bursting through banners held by the cheerleaders. After two competitive games that were called by a PA announcer and streamed live online, players were interviewed by the local media just like any other game.

“It was a true football atmosphere,” Charles said. “For those kids to have the full game experience, it’s truly special. This exceeded my expectations on every level.”

Charles was quick to give credit to the hard work of SODE and the schools for organizing such a successful event, as well as the coaches association for first bringing the idea to the table.

“Everyone was very excited about pushing the prospect of flag football as a Unified sport,” Charles remarked. “We wanted a team sport that better brings the community together, and that showed with the interest and support we received from the schools.”

The games themselves lived up to the hype as well. The first matchup featured teams from Caesar Rodney High School in Camden and Concord High School in Wilmington, with the former taking the win by a score of 18-12. The nightcap between Middletown and William Penn was a higher scoring affair with the latter claiming victory by 40-33. Athletes both with and without disabilities were involved in the scoring. The William Penn team was even coached by a student, senior Dominique Spencer. 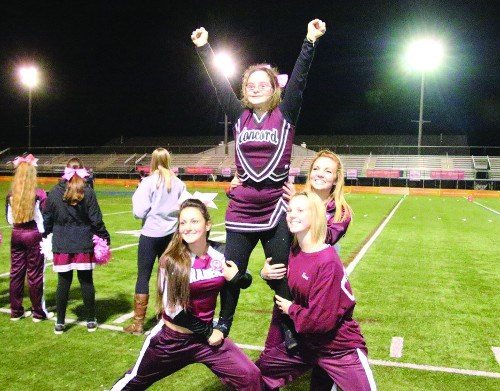 Such competition looks to only be the beginning for the DIAA, whose goal is to expand Unified flag football to all public high schools in the state.

“Our next step will be to create a Unified Sports committee that will guide us through the process,” Charles said. “The hope is that Unified flag football will have a regular-season schedule among schools and a state championship just like all other sports.”

The DIAA is also looking to expand the existing Unified track and field program, as well as introduce other Unified sports so that athletes have the chance to participate in a sport every season. Whether it be basketball or swimming and diving, the goal is to have a legitimate competitive season for Unified athletes at schools across the entire state.

Upon seeing the success of the Unified flag football games, Charles is excited about how far the inclusion of those with disabilities has come, as well as the future of Unified sports.

“The difference between now and when I was a student is incredible,” he said. “Unfortunately, the method back then was to exclude those with disabilities. Now we have broken down those barriers and brought those kids into the community to make them a part of the school family.”

Unified sports like flag football or track and field have proven to be tremendous ways to achieve such goals. For Charles, the concept of Unified sports is the epitome of including those with disabilities by working with them, rather than simply for them.

“It is hard not to get excited when you see what it does for both types of students. They are able to work towards a common goal and learn so much from each other. It is a win-win situation and a great project that is so worthwhile.”

Brandon Jones was a summer intern in the NFHS Publications and Communications Department and is a junior at Indiana University in Bloomington. 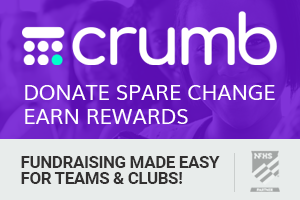